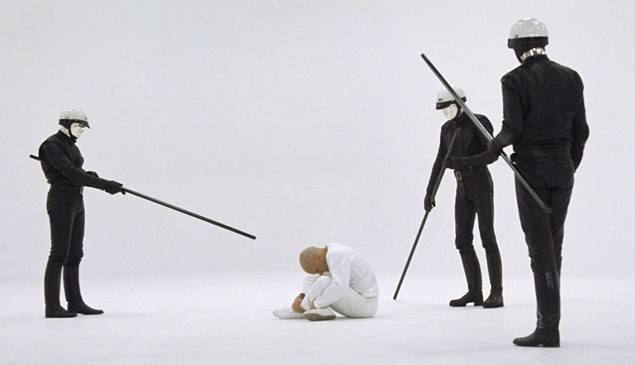 The group’s brutal, beautiful, sparse and thick interpretation of the score, set to the visuals, transports you to a world where mood-stabilising drugs are mandatory, sex is prohibited, and a young Robert Duval rages against the system.

Produced by Francis Ford Coppola, THX 1138 has gained cult status over the years, with the soundtrack by Lalo Schiffrin and sound design by triple Oscar winner Walter Murch having been sampled by a host of influential electronic artists including Nine Inch Nails, UNKLE, Orbital and many more.